US and it's lackeys edge closer to direct intervention in Syria 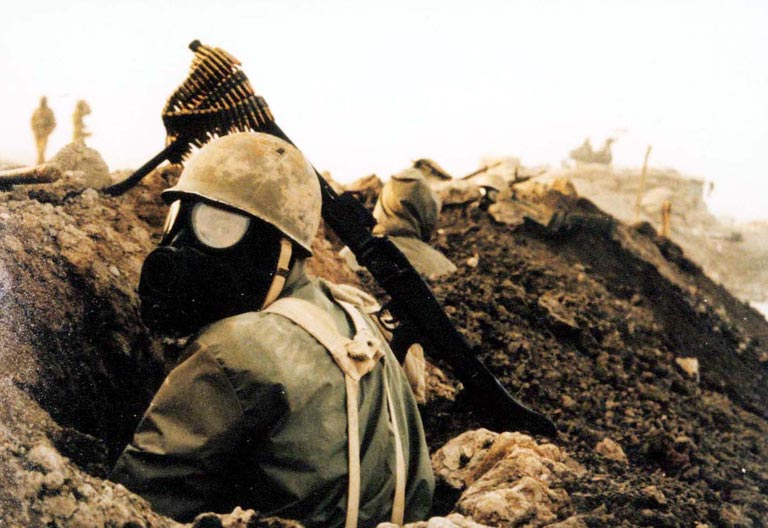 The top US commander in Europe told a Senate hearing Tuesday that the US military and NATO are drawing up plans for direct military intervention in Syria.

Adm. James Stavridis, head of the Pentagons European Command, speaking at a hearing by the Senate Armed Service Committee, said that the US military is looking at a variety of options and is prepared if called upon to be engaged.

An article in WSWS would seem to give weight to the claim that direct intervention in Syria by US forces, or it's lackies, Britain and France, is not far away now.

Several recent events would seem to indicate that something is afoot.

Firstly, the statement by Admiral James Stavridis indicates preparation and readiness on the part of the US military to "go in"

Secondly, according to the WSWS article,

"Both Britain and France have called for an emergency meeting of European Union foreign ministers this week on their demand for lifting an EU arms embargo that bars members states from directly shipping weapons to the Western-backed rebels. "

Thirdly, Obama was visiting Israel today, which is quite interesting, in light of his statement regarding use of chemical weapons in Syria being a "red line". Was he there, amongst other reasons, to give the green light to US allies in the region prior to a formal attack on Syria perhaps?

The US of course claims there was no evidence that the so called "rebels" (as opposed to jihadist al nusra "terrorists" ) were the ones who launched a chemical rocket in Syria, despite the fact that it was not rebels but 16 soldiers that were killed by it. "Rebel" sources are claiming it was fired by the Syrian government, despite such claims making about as much sense as previous claims that they were also responsible for the suicide bombs that went off in Damascus

Could this be the long awaited excuse used for yet another calamitous invasion of a key strategic middle eastern country by US forces and their lackies?

Also, here are two videos on the subject. compare and contrast!

Why does this sound familiar? Ah yes, just a carbon copy of the Mosque bombing carried out by US armed Baluchis in Iran. Full text at link.

A blast ripped through a mosque in the Syrian capital, killing a prominent pro-government Sunni cleric Sheikh Mohammed Said Ramadan al-Bouti. At least 42 people have died and 84 more were wounded in the attack. Senior cleric Dr Mohammed Saeed Ramadan al-Bouti was martyred in a terrorist suicide attack at the Iman Mosque in Mazraa in Damascus," Syrian State TV said. Syria's SANA news agency reports that the scholar's grandson was also killed in the bombing. RT Arabics correspondent Kamel Saqv, who is in Damascus, said that elementary courses on Islam were being conducted at the time of the attack. Many of the dead are believed to be students, he said. ...

The mainstream media will have difficulty in reporting about this attack, because this was a pro-Assad Sunni cleric, believes, RT Contributor Afshin Rattansi.

How is it that the Anglo-French-backed, or what should we call them, rebels  insurgents or are they terrorists  are going around killing Sunni clerics in a mosque in Damascus. Perhaps, the [mainstream media] will not be reporting about it at all because its so against their idea of sectarianizing Syria between Shias and Sunnis, he observed

RTE implied that Assad was responsible for the chemical attack, by filming "rebels" saying "chemical weapons will not stop us", even though evidence suggests overwhelmingly that it was the "rebels" who fired it, killing 16 soldiers.

Then, in a completely biased interview with Tanaiste Eamonn Gilmore (who previously attended a "friends of Syria" ( translation: the "lets fuck over Syria" coalition) conference) the RTE newsreader claimed Assad's forces were "bombing bakeries" and asserted that the "rebels" should be armed.

This just after the bloody suicide bombing of a mosque killing 48 people including a well known Islamic cleric, Sheikh al-Bouti (not even mentioned) by the al nusra linked "rebels" or terrorists.

Please lodge an email complaint with the broadcast authority over this deliberately and clearly biased reporting if you can.

more on Obama's visit to Israel

In Fridays Irish times pint edition the Mosque bombing was covered in 29 words at the bottom of page 10.

RTÉ is a institution stewed in superstition, ignorance and vileness

RTÉ is actually worse than the BBC, because, at least BBC reporters generally know that what they are saying is lies. The shawneens who work for RTÉ are too thick and ignorant to even know that much. They get these reports from the BBC and Fox News, they pick up on the emotional outrage that the viewer was supposed to feel, and they spew this outrage over the Irish people, completely unconscious of the fact that it is based on cynical BBC and Fox News lies.

And the CIA continue to stir the Cauldron. Full text at link.

Some Syrian rebel groups get training and intelligence straight from CIA officers, US officials told media. The helping hand is meant to bolster the secular opposition against both governmental troops and Islamist forces.

The CIAs increased involvement in Syria is part Americas greater engagement in the war-torn country, according to The Wall Street Journal. The spy agency has selected some small rebel units from the Free Syrian Army to receive combat training and fresh intel they can act upon, the newspaper says, citing unnamed US officials and rebel commanders.

The training is provided by the CIA, working together with British, French and Jordanian intelligence agencies. The rebels are taught to use various kinds of arms, including anti-tank weapons. They are also schooled in urban combat tactics and counterintelligence tactics.

The experience will supposedly help them stand against the professional Syrian army, which scores victories against the armed opposition thanks to both more advanced weapons and better organization.

The rebels are also receiving fresh intelligence collected by the CIA, which they can act upon at short notice. The extent of the info provided remains in secret, but the US can potentially provide what they gather trough satellite and signal surveillance as well as intelligence coming through exchanges with Israeli and Jordanian agencies.

counterpunch article, worth a read on the subject of Syria, the "red line" and the hypocrisy of the US:

and WSWS continues to fill us in on further developments regarding the plight of Syria after Obama's trip to Israel, and that meeting in Dublin of the "let's fuck up Syria even more" coalition of "concerned" EU countries.

Will Boston Marathon explosions be blamed on Syria ?

There are reports this evening of explosions taking place at the end of the Boston Marathon.

The question is who will they blame it on? Syria, North Korea, Iran or Venezuela

As one wag commenting on http://rt.com/usa/finish-line-marathon-boston-908/ said

"Bags full of passports from NK, Venezuela, Syria and Iran will conveniently be discovered soon."

The opening paragraph of the WSWS report on this sums it up nicely:

The sons of Al Nusra Front pledge allegiance to Sheikh Ayman al-Zawahiri, al-Golani said in a recorded message released last week. The statement also indicated that the Syrian terrorist group would merge with Al Qaeda in Iraq, from which Al Nusra has received personnel and training....

This is the opposition that the Western powers openly support and arm and yet they swear their loyalty to Al Qaeda the supposed center of all terrorism in the War On Terror for which trillions have been spend, well in excess of 1+ million lives have been lost and the shredding of civil liberties, the vast increase in the surveillance state and many other violent and regression things.

Related Link: http://www.wsws.org/en/articles/2013/04/16/alnu-a16.html
http://www.indymedia.ie/article/103447
Indymedia Ireland is a media collective. We are independent volunteer citizen journalists producing and distributing the authentic voices of the people. Indymedia Ireland is an open news project where anyone can post their own news, comment, videos or photos about Ireland or related matters.