September 11, 2001: Questions to Ask if You Still Believe the Official Narrative

The attacks of September 11, 2001 (9/11) left nearly 3,000 dead in NYC, Washington D.C. and over Pennsylvania. The attacks transformed America into a deepening police state at home and a nation perpetually at war abroad.

The official narrative claims that 19 hijackers representing Al Qaeda took over 4 commercial aircraft to carry out attacks on New York City's World Trade Center and the Pentagon in Washington D.C. 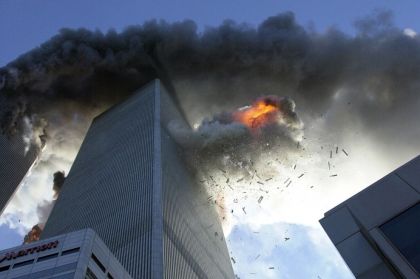 And if this is the version of reality one subscribes to, several questions remain worth asking.

1. Can the similarities between 9/11 and plans drawn up by the US Department of Defense (DoD) and Joint Chiefs of Staff (JCS) in 1962 under the code name "Operation Northwoods" be easily dismissed?

The US DoD and JCS wrote a detailed plan almost identical to the 9/11 attacks as early as 1962 called "Operation Northwoods" where the US proposed hijacking commercial airliners, committing terrorist attacks, and blaming Cuba to justify a US military intervention. 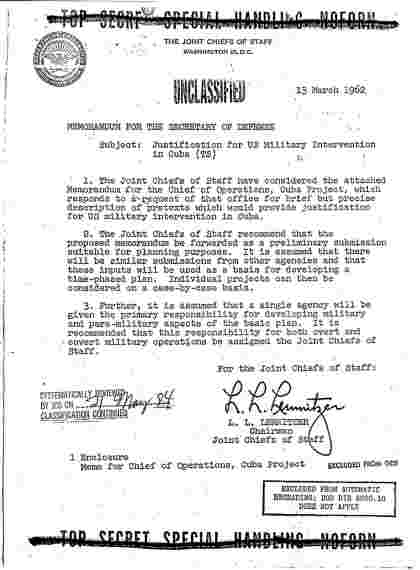 Far from a fringe conspiracy theory, mainstream media outlets including ABC News would cover the document in articles like, "U.S. Military Wanted to Provoke War With Cuba," which would report:

In the early 1960s, America's top military leaders reportedly drafted plans to kill innocent people and commit acts of terrorism in U.S. cities to create public support for a war against Cuba.

The plans were developed as ways to trick the American public and the international community into supporting a war to oust Cuba's then new leader, communist Fidel Castro.

A full PDF copy of the document is available via George Washington University's archives ( http://nsarchive2.gwu.edu/news/20010430/northwoods.pdf ) and states specifically regarding the hijacking of commercial aircraft:

An aircraft at Eglin AFB would be painted and numbered as an exact duplicate for a civil registered aircraft belonging to a CIA proprietary organization in the Miami area. At a designated time the duplicate would be substituted for the actual civil aircraft and would be loaded with the selected passengers, all boarded under carefully prepared aliases. The actual registered aircraft would be converted to a drone.

The document also cites the USS Maine in describing the sort of event the DoD-JCS sought to stage, a US warship whose destruction was used to maliciously provoke the Spanish-American War. It should be noted, that unlike the DoD-JCS document's suggestion that airliner-related casualties be staged, the USS Maine explosion killed 260 sailors. It is likely that DoD and JCS would not risk engineering a provocation that leads to major war but allow low-level operators left alive with the knowledge of what they had participated in.

Considering that the US sought to deceive the public in order to provoke an unjustifiable war that would undoubtedly kill thousands or tens of thousands of innocent people, and that other proposals did include killing innocent people, it is worth considering that US policymakers would also be just as willing to extinguish innocent lives when staging the hijacking of aircraft to provoke such a war.

2. Why did US policymakers draw up extensive plans to reassert US global hegemony - including regime change in Afghanistan, Iraq, Iran, Libya, Somalia, Sudan, and Yemen - without any conceivable pretext until 9/11 conveniently unfolded?

In 2000, US policymakers from the Project for a New American Century (PNAC) sought a sweeping plan to reassert America as a global hegemon. In a 90-page document titled, "Rebuilding America's Defense: Strategy, Forces and Resources For a New Century" (PDF), a strategy for maintaining what it called "American military preeminence" would be laid out in detail. ( http://www.informationclearinghouse.info/pdf/Rebuilding...s.pdf )

It involved global moves the United States - in 2000 - could never justify, including placing US troops in Southeast Asia, building a global missile defense network prohibited by treaties signed during the Cold War, and the containment of developing nations that would eventually end up rolling back US global hegemony in the near future, including Iran, Iraq, China, North Korea, Libya, and Syria. 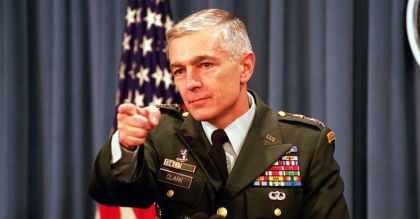 The report noted the difficulties of proposing and executing the transformations necessary to achieve the objectives laid out in the document. It would be explicitly stated that:

Further, the process of transformation, even if it brings revolutionary change, is likely to be a long one, absent some catastrophic and catalyzing event  like a new Pearl Harbor.

In fact, the entire body of the document is an uncanny description of the post-9/11 "international order," an order unimaginable had the events of 9/11 not transpired.

It should also be remembered that wars predicated on 9/11 like the invasion and occupation of Afghanistan, were admittedly planned before 9/11 took place.
The Guardian in its 2004 article, "Bush team 'agreed plan to attack the Taliban the day before September 11'," would report:

The day before the September 11 attacks, the Bush administration agreed on a plan to oust the Taliban regime in Afghanistan by force if it refused to hand over Osama bin Laden, according to a report by a bipartisan commission of inquiry. The report pointed out that agreement on the plan, which involved a steady escalation of pressure over three years, had been repeatedly put off by the Clinton and Bush administrations, despite the repeated failure of attempts to use diplomatic and economic pressure.

While it seems inconceivable that the American or global public would tolerate the multi-trillion dollar 16 year war that the invasion of Afghanistan has become without the attacks on 9/11, such a war was admittedly in the making - in fact - years before 9/11 unfolded. 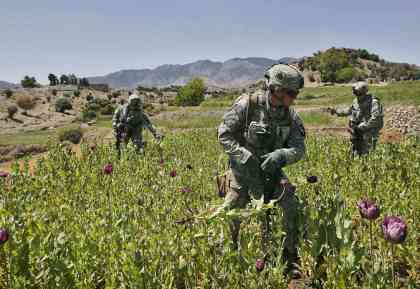 Similarly, the invasion of Iraq in 2003 was strongly linked to the aftermath of 9/11, but was likewise decided upon long before 9/11 unfolded.

CNN in its article, "O'Neill: Bush planned Iraq invasion before 9/11," would report:

This echos similar statements made by US Army General Wesley Clark who repeatedly warned that the US sought global-spanning war post-Cold War to assert its hegemony over the planet, and fully sought to use 9/11 as a pretext to do it.

General Clark would list seven nations slated for regime change post 9/11, including Iraq, Iran, Libya, Somalia, Sudan, and Yemen - all nations now either at war or facing war with the United States and its proxies - or in the case of Libya - entirely divided and destroyed in the wake of US military operations.

3. If primarily Saudi hijackers with Saudi money and Saudi organization perpetrated the attacks of 9/11, why has the United States waged war or threatened war with every nation in the Middle East except Saudi Arabia and its allies? 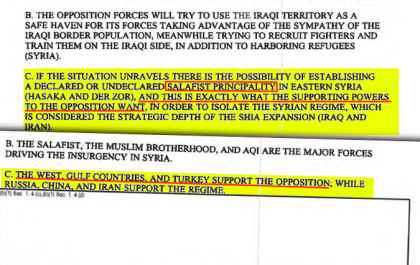 If the situation unravels there is the possibility of establishing a declared or undeclared Salafist principality in eastern Syria (Hasaka and Der Zor), and this is exactly what the supporting powers to the opposition want, in order to isolate the Syrian regime, which is considered the strategic depth of the Shia expansion (Iraq and Iran).

The DIA memo then explains exactly who this "Salafist principality's" supporters are:

The West, Gulf countries, and Turkey support the opposition; while Russia, China, and Iran support the regime.

This "Salafist principality" is now known as the "Islamic State," an affiliate of Al Qaeda still operating with significant state sponsorship everywhere from Syria, Iraq, and Libya, to the Philippines and beyond.

Coincidentally, Saudi-armed and funded terrorists in the Philippines has served as a pretext for US military assets to begin expanding their presence in Southeast Asia, just as the aforementioned 2000 PNAC document had sought.

Additionally, in a 2014 e-mail between US Counselor to the President John Podesta and former US Secretary of State Hillary Clinton, it would be admitted that two of America's closest regional allies - Saudi Arabia and Qatar - were providing financial and logistical support to the Islamic State. 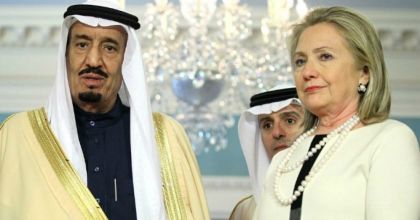 The e-mail ( https://www.wikileaks.org/podesta-emails/emailid/3774#s...esult ), leaked to the public through Wikileaks, stated:

...we need to use our diplomatic and more traditional intelligence assets to bring pressure on the governments of Qatar and Saudi Arabia, which are providing clandestine financial and logistic support to [the Islamic State] and other radical Sunni groups in the region.

While the e-mail portrays the US in a fight against the very "Salafist" (Islamic) "principality" (State) it sought to create and use as a strategic asset in 2012, the fact that Saudi Arabia and Qatar are both acknowledged as state sponsors of the terrorist organization - and are both still enjoying immense military, economic, and political support from the United States and its European allies - indicates just how disingenuous America's "war on terror" really is.

If the US truly believed Al Qaeda carried out the deadly attacks of 9/11, why does it count among its closest allies two of Al Qaeda's largest and most prolific state sponsors?

Together - by honestly answering these three questions - we are left considering the very real possibility that 9/11 was not a terrorist attack carried out by foreign terrorists, but rather an attack engineered by special interests within the United States itself.

If we reject that conclusion, we must ask ourselves why the US DoD and JCS would take the time to draft plans for false flag attacks if they did not believe they were viable options US policymakers might seriously consider. At the very least we must ask why those at the DoD and JCS could be caught signing and dating a conspiracy to commit unspeakable terrorism to justify an unjust war and not only avoid criminal charges, but remain employed within the US government.

We must also ask ourselves why US policymakers would draft long-term plans for reasserting American global hegemony without any conceivable pretext to justify such plans. Even in the wake of 9/11, the US government found it difficult to sell the invasion of Iraq to the American public and its allies. Without 9/11, such salesmanship would have been impossible. In Syria - with 9/11 disappearing into the distant past - US regime change efforts have all but stalled.

Finally, we must find adequate explanations as to why those sponsoring the supposed perpetrators of 9/11 have remained recipients of unwavering American support, weapon sales, and both political and military protection. We must attempt to answer why militants fighting in Syria under the banner of Al Qaeda have been able to openly operate out of NATO-member Turkey's territory for the past 6 years, side-by-side US Central Intelligence Agency (CIA) personnel who are admittedly fueling the conflict with weapons, money, and training "accidentally" ending up in Al Qaeda's hands.

Related Link: http://landdestroyer.blogspot.ie/2017/09/september-11-2001-questions-to-ask-if.html#more
http://www.indymedia.ie/article/106270
Indymedia Ireland is a media collective. We are independent volunteer citizen journalists producing and distributing the authentic voices of the people. Indymedia Ireland is an open news project where anyone can post their own news, comment, videos or photos about Ireland or related matters.